Skip to main content
It looks like you're using Internet Explorer 11 or older. This website works best with modern browsers such as the latest versions of Chrome, Firefox, Safari, and Edge. If you continue with this browser, you may see unexpected results.

Guidance for the final thesis writing at Centria

The following chapter gives information on the language and layout settings. There will be instructions how to mark the headings, figures, tables and pictures. When using the ready-made Word template all settings are correct.
The thesis template is an accessible document. Your thesis must be made accessible and you need to check that before uploading it to Theseus. The thesis accessibility guidelines are found here: https://submissions.theseus.fi/en/accessibility-guidelines.htm

Line spacing
The line spacing in the text is 1.5. However, line spacing 1.0 is used in the title page, abstract, possible foreword, contents, references and longer direct quotations inside the text.

Page numbering
The page number is marked at the top right-hand corner of the page. Page numbering starts from number one on the introduction page and continues until the last of the references pages.

When using the ready-made Word template all settings are correct.

The headings must be short, exact and descriptive. In each chapter there must be some text, both under the main heading and under the sub-heading. When numbering the headings, leave one empty space after the last number, and use no full stops. When adding headings, before the first line of text, leave two empty lines after the main headings and leave one empty line after subheadings. A new main chapter always starts on a new page. After the last paragraph of a subchapter, leave two empty lines before starting with a new subheading.

When using the ready-made Word template all settings are correct.

Below are some samples of figures, tables and pictures:

If a table continues on the following page, write continues in brackets in the lower right-hand corner of the page. On the next page write the number of the table in the upper left-hand corner and the same word as on the previous page, for example TABLE 16. (continues).

When making an in-text reference to a figure or a table, write the word FIGURE or TABLE all in capital letters and in brackets. Sample 1: There were 37 respondents (TABLE 1). Sample 2: There were 37 respondents. 7 of them were male. (TABLE 1.) When referring to a picture, table or figure within a sentence, use the word figure, table or picture in lower case letters. Sample 3: The results of the questionnaire are presented in table 1.

Pictures, tables and figures are not an end in themselves. When used correctly, they give information concisely and descriptively. Conclusions need to be drawn from the pictures, tables and figures in the text and they must be discussed so that the conclusions are not separated from the context. If there are several pictures, tables or figures, they are listed in the table of contents. (See Optima for model: For student > Student’s path > Final thesis and maturity test > Model for a table of contents.)

Below is an example of how to include a picture in the thesis report (PICTURE 1): 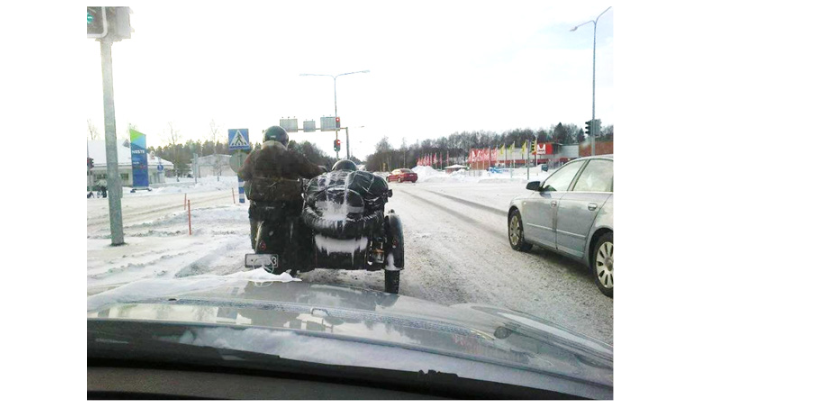 In the example below, the code is used inside the text and the code is presented in a series of numbers for codes only, used just as the numbering of pictures.

The realization of the main() function, such as (Code 1.) presented above, is a mandatory part of every C++- program.

Below is an example of how to include a mathematical formula in the thesis.

In direct-current circuit analysis, the conductance representing the conductivity of a component or circuit is: